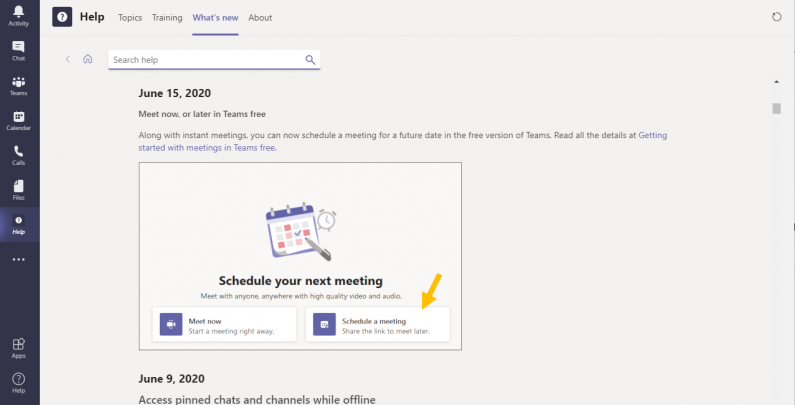 Microsoft is launching the personal version of Microsoft Teams today in preview. It’s part of a broader effort by Microsoft to remain relevant with consumers and win them back after a series of exits from consumer-friendly services. Microsoft isn’t rebranding Teams here or offering a totally separate version, nor is the company looking to compete with iMessage, Facebook Messenger, WhatsApp, or other dedicated chat apps. It’s simply repositioning the existing Microsoft Teams app with features that might appeal to a set of people looking to do more than just chat.

Launching initially as a preview for iOS and Android, Microsoft Teams for personal use will include the basics of text chat and video calling, combined with shared lists, documents, calendars, and location sharing. There’s even a neat dashboard of events, locations, tasks, and images that everyone in a group has shared. Microsoft is trying to take all of the best features of Microsoft Teams for work and make them relevant for when you might need them at home.

Microsoft sees the repositioning of Teams for work and life as not just offering yet another chat app to the market but something that provides ways for groups of people to get things done, like planning a vacation with friends or a family activity. “I think if all you want to do is just have a chat with someone, there are plenty of great standalone chat apps,” admits Liat Ben-Zur, a Microsoft executive working on the company’s “Modern Life” initiative, in an interview with The Verge.

Microsoft Teams is now being designed for “people who find themselves coordinating lots of group type events,” says Ben-Zur. “Everything from busy moms … to people who head up Girl Scout troops, fantasy football leagues, people who are doing book clubs, people running social advocacy groups. People who are constantly finding themselves in groups trying to coordinate various things in groups.”

The mobile versions of Microsoft Teams for iOS and Android will be updated to allow anyone to log into the apps with a personal Microsoft Account. You’ll be able to quickly switch within the apps from a work to a home account and use the personal version alongside other Office apps like Word, Excel, and PowerPoint.

Microsoft is also building a Safe feature into Teams for personal use, which will allow groups to store and share information like a home Wi-Fi password or Netflix account information directly within the Teams app using two-factor authentication and end-to-end encryption. It’s similar to the OneDrive Personal Vault feature.

Microsoft’s repositioning of Teams for personal use means that it’s not trying to directly replace Skype just yet either. “We’re still fully committed to Skype,” explains Ben-Zur. “Skype is a fantastic app that hundreds of millions of people around the world are using to solve the specific need of video chat and connecting, and we are fully committed to that. We really see Teams as kind of the evolution … the more than chat app, the more than video app. For folks that just want a very purpose-built app, Skype is a great solution, and we support it and encourage it.”

It certainly sounds like most of the focus for new communications features will be on Teams and not Skype in the future, though. Skype used to be the go-to app for video calling, but it has struggled in recent years, allowing Zoom to surge in growth during a pandemic where everyone has to connect with work, friends, and family in different ways.

While Microsoft, Google, and many others have been racing to respond to Zoom’s sudden success recently, the personal use version of Microsoft Teams has been in the works for more than a year. The Verge exclusively revealed the existence of Microsoft Teams “for life” last year, after the company launched a free version of the app back in 2018. “We have been working on this for some time,” explains Ben-Zur. “We’ve been doing research on this way before the pandemic hit.” Ben-Zur says the work on Microsoft Teams for personal use “started with a belief that time is our most precious commodity.”

The Microsoft Teams consumer preview will start rolling out today and over the coming weeks for Android and iOS. Microsoft is planning to release additional features in the mobile preview based on feedback before expanding to the desktop and web versions of Teams with a launch later this year.

READY TO UPGRADE THE SOFTWARE OR HARDWARE IN YOUR BUSINESS?